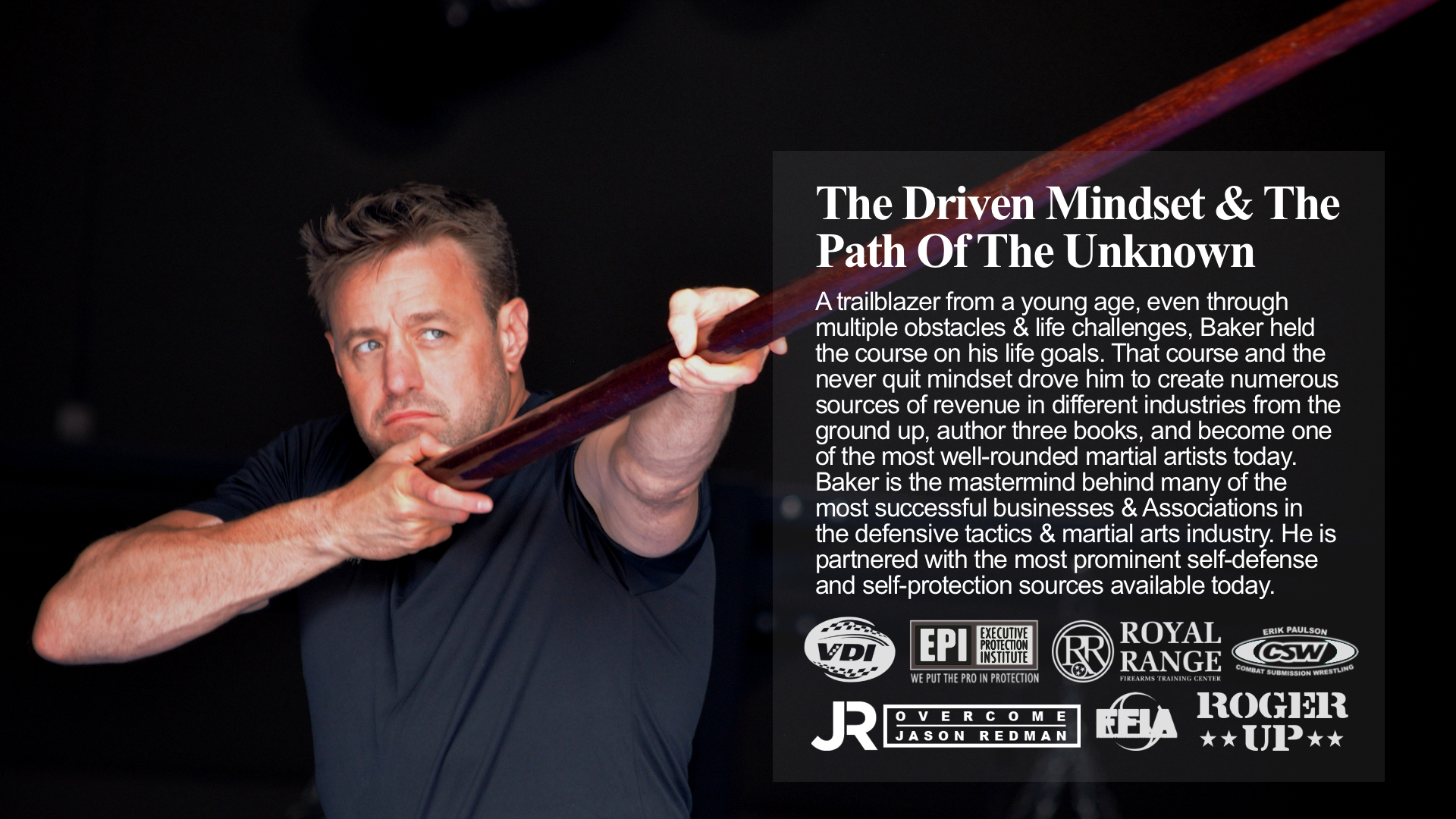 Alan Baker has led an extraordinary life. He constructed it outside the typical box. Dubbed “the agent of change” by his students, His primary emphasis has always been to help people build positive and powerful changes in their lives. He accomplishes this in several ways. The most commonly recognized is his work in the martial arts industry. He has over four decades of continuous training & experience in martial arts. He has taught professionally since 1990, and In that 42 years, Alan has obtained advanced standing in multiple martial arts systems under some of the foremost instructors in the world.

Alan has built several revenue streams and businesses in several industries in the last twenty years and is known for developing innovative ways for companies to expand financially. Additionally, he has always been a self-betterment coach and uses this knowledge to be a positive influence on the individuals he meets. Coach Alan continuously encourages the people around him to implement action and positive change in their lives on multiple levels. This goal led to him writing two books on the distinctive approach he developed over the years, The Warriors Path, And The Universal Principles Of Change. He continues to teach and share his knowledge through various training options, individual Coaching, and speaking.

Professor Alan Baker is an internationally recognized martial arts & self-defense expert. He has over 42 years of continuous experience in the arts. He has been teaching professionally since 1990. He is recognized for developing the Warriors Path self-improvement Program. Baker founded the Civilian Tactical Training Association in 2015 and continues establishing C-Tac instructors to present-day. Coach Baker is the Association Director for Erik Paulson’s Combat Submission Wrestling Association. Professor Baker correspondingly sits on the board of the Resilient Warrior Foundation.

Sifu Baker has taught countermeasures and defensive tactics, firearms, & edged-weapon programs through his Baker Tactical to Fortune 500 corporate security teams & law enforcement / SWAT teams throughout the US from the Marietta SWAT team here in Georgia to the Cincinnati SWAT team & the California Highway Patrol unit to name a few. He has been privileged to work with the Department of Defense, CIA, & other specialized government & military groups like the U.S. Department Of Homeland Security.

In his teens, Alan was introduced to Mountaineering, Climbing, repelling, and scuba diving by one of his mentors that owned an expedition company. He stayed involved in these areas throughout life and eventually became a certified cave diver, a National Association of Underwater Instructors (NAUI) SCUBA Instructor & Divemaster. He became a rappel master instructor trainer, an NRA Firearms Instructor, and NRA Chief Range Safety Officer (CRSO). Alan stays active in teaching, guiding, and running expeditions in these areas.

Over the years, Alan became increasingly involved in coaching other business owners on methods to grow and expand their businesses and develop themselves personally. What is this information come from the teachings and mentoring he received from many of his teachers as he grew up. Alan’s mentors constantly challenged him to push past obstacles in his personal life and his business. This push and their shared motivations guided him to create several companies and multiple revenue streams over the years. In the last ten years, he has become increasingly involved in individual coaching. It has expanded into numerous different industries. This growth and his passion for sharing are one of the reasons he put together the Warriors Path program. This program allowed him to organize all the information he was teaching and deliver it in a more suitable structure. This program and its information were what Alan went on to write two books about and is now starting to venture into the speaking industry.